What percentage of DUI cases get dismissed?

Research found that statistics taken around DUI, OUI, DWI, and the like, varied greatly if they could be found at all. Most rates were based on convictions.

The first step in seeking a defense to get the charges dropped or the case dismissed is … call a DUI lawyer. This is your first line of defense. At least consult with an attorney. An initial consultation is usually free.

Statistics in California for the period between 1997 and 2006 was between 75 percent and 85 percent conviction rate. In 2006 in California, 90 percent of DUI arrests ended up with convictions. Another site offered up a PDF that cited statistics from various counties across the US. Some conviction rates were as low as 63 percent while several were 85 to 95 percent. Actual dismissals of charges occurred at rates, when stated, of around 1.5 percent. One country cited about a 10 percent dismissal rate. Rhode Island cites a rate of about 67 percent convictions. From 2000 through 2011 Connecticut cited a 50 percent climbing to a 70 percent dismissal rate, but only from allowing 1st time offenders to take a course whose completion got the charges dismissed. Washington State cites an average of 32 percent dismissal.

The reasons for dismissal are many, but a few stand out. One of the biggest reasons that a dismissal occurs is the reason that the police officer had for stopping you in the first place. This is known as “probable cause”. Every state in our Union requires that a police officer must have a very solid reason for a traffic stop, unless it is a legal roadblock where every car is stopped. In court at the DUI hearing, the police officer must testify, if asked, what the reason was for the original stop. The reasons for stopping a vehicle are also many, and not necessarily directly tied to drinking. If someone in the car discards trash onto the road while observed by a police officer, the officer can stop the car for that reason, then, smelling a distinct odor of alcohol, had probable cause for DWI or DUI. The rest is the tests and possible arrest. (nice rhyme, yes?) Another typical reason is if the police officer does not appear for the hearing, there is a possibility for immediate dismissal, or another hearing date. Most states have a time limit between the arrest and the hearing. If that time limit is exceeded, especially with an extension, the case could be and should be dismissed.

How often DUIs are reduced or dismissed is not really quantifiable. The result of most cases depends on the quality of representation and the facts your lawyer has to overcome. The most ideal approach to get the best result is: hire a DUI lawyer to defend you and spot holes in the State’s case against you.

Truth be told, experienced DUI lawyers “win” most cases for first-time offenders when there is no proof of an accident or terrible driving.

The expression “win” is in quotes here on the grounds that win may mean having the charge lessened to an alternate offense or generally getting a plea deal that prevents a conviction. Like most court cases, when fighting DUI and DWI charges, the best thing a lawyer can accomplish for a person is to arrange a plea deal; a less serious charge that comes with less serious punishments.

However, as a result of dropping a DUI arrest to a less serious offense, a driver will then consent to enter a guilty plea to the lesser charges in court. Realize that the judge won’t effortlessly consent to lessen your DUI charges, notwithstanding for a first-time offense. This is because new laws for drunk driving (and the general public opinion) have expanded in seriousness in each state. Numerous prosecutors are influenced to seek a full conviction under the costly new laws.

This is the reason the prosecutor will require a strong motivation to reduce the charges. An aggressive RI DUI lawyer will know how to fulfill this in the wake of evaluating the facts of interest. A talented lawyer will know how to discover the shortcomings in the case the prosecutor has, which will open them up to the thought of a plea deal. This can fundamentally lessen the charges against a driver from the serious offense of what they were initially confronting.

The recipe for success is to research comprehensively. Interview and disclose all information to your Rhode Island DUI lawyer and move the case forward; utilize evidence and procedural movements skillfully; and display an effectively thought out, choreographed trial with expert witnesses, character witnesses, and other time tested strategies for a strong defense in criminal cases.

My experience with DUI as a prosecutor

As a previous prosecutor, I manage DUI cases every day. When I worked under the Attorney General, I assessed all my cases and realized that each case is distinctive and that not each case was a good case for the State.

Now and then, the state is confronted with evidence issues. For example: a breath test machine that was breaking down or a defendant with a low blood alcohol level. Different cases included proof that was corrupted by police misconduct. For example: an officer making the person stop without reasonable justification, an awful DUI checkpoint, an officer who did not read the Miranda Rights, or when an officer unlawfully stopped the individual and kept him/her without reasonable justification. 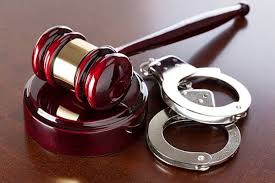 How DUI Cases Get Dismissed

The low percentage of DUI cases would be higher if drivers retained the services of defense attorneys who can evaluate the circumstances that resulted in an arrest and the potential shortcomings of prosecutors. Law enforcement officers are expected to follow certain procedures in their DUI investigations, which must include respecting the legal rights of drivers. Skilled lawyers will look at how evidence was collected by police officers and how prosecutors present the case. Probable cause must be properly established, and prosecutors have a burden to prove guilt beyond reasonable doubt.

Although dismissal of DUI charges is ideal, another strategy that can be pursued is a reduction of charges, which can be negotiated with prosecutors who prefer getting at least a conviction on lesser charges than facing the risk of their cases being systematically disassembled during a trial. 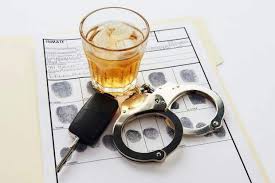 Each criminal case is different. DUI cases generally depend on the police following proper procedures and on the results of any chemical tests.

DUI charges should be dropped:

The Results Of A Blood Test Are Not Evidence Of Impairment

If the arresting officer concludes that there exists sufficient evidence or probable cause to believe you are under the influence of a drug, then you will be asked to take a blood test. If you refuse, you risk suspension of your driver’s license for at least one year with no opportunity to obtain a restricted license before the suspension period ends. Other penalties include increased jail time if convicted among other penalties.

Will The Presense of THC In My Blood Test Cause A DUID Conviction?

The presence of a drug in your blood is not conclusive proof that you were under the influence. THC metabolites, found in marijuana, remain in your system from 28 to 45 days.

How Long Is Cocaine Present In My Blood?

If testing for cocaine, the test will screen for benzoylecgonine, a metabolite of cocaine, that is detectable in your body for several days.

How Long Can Meth Stay Present In My Blood?

Methamphetamine can remain for 2-10 days depending on several factors. In any case, the effects of these drugs would have dissipated long before you drove.

Is There A BAC Level For Drugs?

There is no accepted metabolism rate for a drug as there is for alcohol as it is affected by the person’s age, gender, tolerance, general health, and how the drug was ingested.

As a result, no one can testify as to what the drug concentration level was at any time you were driving.